A great night of appreciation from the Saskatchewan Chamber of Commerce 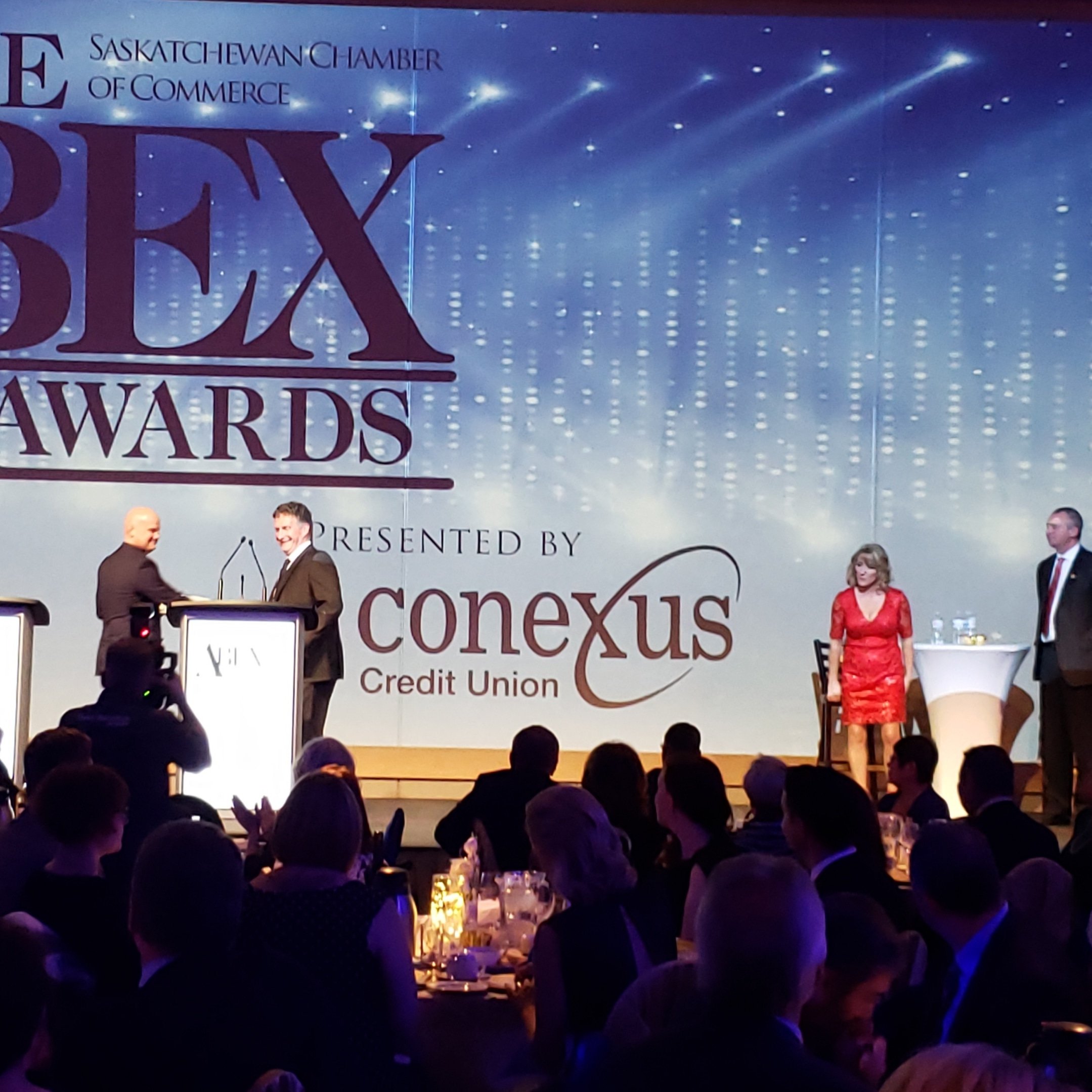 Tim Wiens, the president of O&T Farms, said this award means so much to the entire company because it is the recognition of O&T Farms’ hard work and the vision of becoming the leading nutritionally better Omega-3 solution provider across the world.

The Saskatchewan Business Hall of Fame was established in 1990 to recognize businesses that have demonstrated excellence over an extended period of time, contributing to the province. O&T Farms based in Regina, Saskatchewan, Canada has gone from the one of the largest egg producers in Canada to the global leader of land-based Omega-3 livestock ingredeints. The company manufactures highly digestible and stable Omega-3 feed ingredients under the name LinPRO, blending flaxseed, canola, and pulses in a patented dry-extrusion process.

LinPRO is both non-GMO and can be organic certified, and is the leading specialty feed ingredient for nutritionally better Omega-3 functional food in the world. With the capacity to annually ship upwards of 110,000 tonnes of their patented, trademarked, and value-added feed ingredient, linPRO to international customers and partners, O&T Farms is selling Saskatchewan worldwide.